OSWEGO – Getting reception of certain Syracuse stations in the Port City can sometimes be a daunting task, but Sunny 102 (WZUN) is making it easier for listeners to tune in, with the addition of a new translator.

FCC records show W291BU is “officially” licensed to Fulton, broadcasting from Galaxy’s facility near the corner of Route 481 and Dutch Ridge Road in the Town of Volney.  (The same place where WTKV’s and WSGO’s signals originate.)  W291BU is authorized for 175 watts at zero meters above average terrain, but 82 meters above ground level at the tower site. 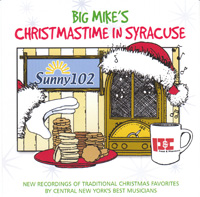 While we’re talking about Sunny 102, we thought we’d toss in a quick plug for “Big Mike’s Christmastime in Syracuse, Volume 14” CD.  It’s on sale now at area P&C Foods stores.