SYRACUSE — Merry Christmas, everyone!  Last week, we announced we wanted to go with a Christmas theme for today’s Picture of the Week… so Tom Herbert sent in some photos from the Mars Hill Network’s Christmas broadcast, held last week in Liverpool. 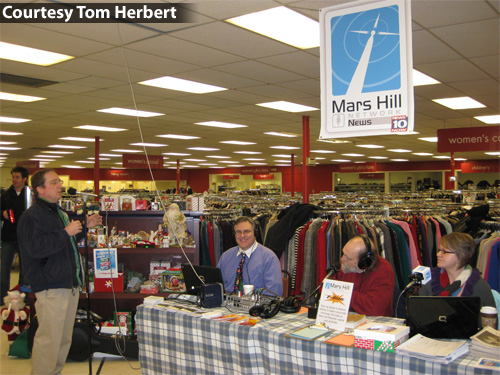 Our thanks to Tom Herbert for sending in this picture and a few others (we thought this one was the best).  Remember, next Friday is New Year’s Day!  Got any pictures from local radio station events from previous New Years’ celebrations?  Send them in to cnyradio@cnyradio.com or use the Contact form.