(Updated 9:15pm) OSWEGO — A one-day fundraiser called “Thousand Member Thursday” is being called a success tonight.  Staffers at NPR affiliate WRVO say the station eclipsed their goal, after hearing from more than 1,300 members by the time the one-day fundraiser officially ended this evening.

Via its official Twitter account, the station announced “Those 1200+ members contributed more than $300,000 since February 1. More than $62,000 was contributed today alone. A new record. Thank you!”

Assistant GM for Content Fred Vigeant also passes along a new logo which WRVO is starting to use — it’s not on their website yet, but it’s already in use on the station Twitter account and we’ll probably see more of it soon.  This story has also been updated with that new logo, and the original version is still with the original story below. 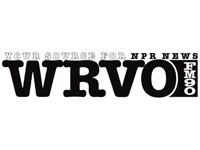 OSWEGO — Listeners of the WRVO stations aren’t being subjected to a full-week pledge drive this month.  Rather, the station is hoping to meet all of its fundraising goals in just one day.  Today is “Thousand Member Thursday.”  Officials say they’re able to shorten the on-air portion of their spring fundraising thanks to the success of previous efforts.

In a release, WRVO Development Director Matt Seubert said, “we had a record-breaking Fall fundraiser, an incredibly successful silent campaign during February and we expect that listeners will be very excited by the concept of this one day drive. We are certainly excited to try to raise the funds we need to operate with fewer program interruptions.”

During “Foneless February” last month, the station said “a local family foundation” would match all donations, dollar for dollar.  The NPR affiliate says the more it raises during Foneless February, the more it can shorten its on-air fundraising efforts during March.