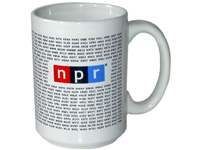 Updated 6/10 — CAMBRIDGE, MA — For a quarter-century, listeners nationwide have enjoyed listening to brothers Tom and Ray Magliozzi, known as “Click and Clack,” every Saturday morning on NPR’s Car Talk.  Today, the duo announced plans to retire this fall, but fans need not worry — shows will continue to air every weekend into the foreseeable future.

In the Syracuse market, Car Talk is carried by WRVO/Oswego, and WAER/Syracuse.  In the Utica-Rome market, listeners can catch car talk on WRVO repeater WRVN or on WAMC/Albany repeater, WRUN-FM.  In the Ithaca market, the show can be found on WEOS/Geneva or on WSKG/Binghamton repeater WSQG.  All stations carry the show on Saturdays at 10:00am.

Tom Magliozzi is turning 75 later this month, and rather than younger brother Ray (63) continue the show alone, the pair announced on their website today, they’ve decided to call it a career — on radio, anyway.  They’ll continue to write their weekly Q-and-A style column, which appears on the website and in many newspapers including the Syracuse Post-Standard.

New episodes of Car Talk will run through September, but NPR affiliates will have the option to keep the popular automotive advice show on their Saturday morning lineups through October and beyond.

“Despite our general incompetence, we actually remembered to hit the ‘record’ button every week for the last 25 years,” explained Tom Magliozzi.  “And when we listen to the stuff that’s in our archives, it still makes us laugh.  A lot.”  As a result, producers will be mining the best bits from more than 1,200 episodes to assemble new “best of” episodes to keep the show going after “the Tappet brothers” stop producing new shows.

“The Tappet brothers” have hosted Car Talk for 35 years total — prior to being picked-up nationwide by NPR, the show aired locally on Boston’s WBUR for ten years.  WBUR continues to distribute the hour-long program to affiliates nationwide.

Updated 6/10 to add a complete list of local affiliates throughout the CNYRadio.com coverage area, as the article originally only mentioned one station.  Our sincerest apologies for the oversight and our thanks to the CNYRadio.com reader who pointed it out.