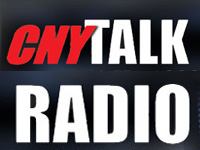 SYRACUSE and UTICA-ROME — From the “better late than never” file, syndicated talk show host Neal Boortz is getting ready to hang up his headphones.  Boortz made the announcement live on his own program last week, heard on over 200 stations nationwide, including the two-market CNY Talk Radio trimulcast (WFBL/Syracuse, WMCR-A/Oneida, WUTI/Utica).

According to AllAccess.com, The Neal Boortz Show is heard by about six million people per week.  Boortz says his last day as host will be Friday, January 18, 2013.  The lawyer-turned-broadcaster says he’s handing his timeslot over to frequent fill-in host and former presidential candidate Herman Cain.

Although Cain has yet to prove himself as an every-day radio host, CNY Talk Radio general manager Don Wagner tells CNYRadio.com, “we will stay with Herman at least for now.  He really sounds pretty good and we’ll give him the benefit of the doubt.”

As for Boortz, he says his schedule for life after radio is filling fast — he and his wife of 42 years are planning some long-overdue vacations to places like Alaska, Antarctica and Florida.