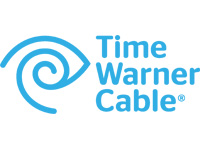 ROCHESTER — Although it’s been a slow week in CNYTVNews.com territory, there’s notable news to the west: a corporate stalemate has resulted in Rochester CBS affiliate WROC-TV getting piped into cable systems in Louisville, Kentucky — and some viewers there are having some fun with the swap.

The swap started on Tuesday, when a retransmission agreement expired between Time Warner Cable and local stations owned by Hearst Corporation.  Louisville CBS affiliate WKLY was among the Hearst stations to disappear off cable systems nationwide.  As a countermeasure, the cable company replaced WKLY with Nexstar-owned Rochester CBS affiliate WROC-TV.

In the current dispute, some viewers in Louisville are taking the substitution in stride.  A new group has surfaced on Facebook, called Louisville Loves WROC-8.  Most of the posts come from group leader Shannon Ragland, making tongue-in-cheek commentary about various Rochester news items airing in Louisville, even referring to the two cities as if they’ve somehow merged as “Louischester.”  Among the posts:

Who is your favorite WROC personality? I’m going with Matt Molloy who responded to my FB message. Dude is solid. I starting to think he should be doing the news at 6 and 11. And not be stuck with the crummy 4 o’clock news no one watches.

Another viewer posted a picture from a weathercast where Rochester and Louisville were both visible on the map.  A comment noted that the morning meteorologist gave a “shout out” to Louisville, even though — just like they did with the WBRE-to-Utica situation — Nexstar management is claiming to be upset at Time Warner’s decision to bring WROC and WBRE into other markets once again.  (This time around, WBRE is being piped into four distant markets, including Orlando, Florida.)  When Nexstar got upset last year, Time Warner said it was operating well within the rights of its existing deal with Nexstar.

The “Louisville Loves WROC-8” group just started yesterday, and as of 6:30pm tonight, has more than 55 fans.  It’ll be interesting to see how popular it becomes, since there’s no telling how long it’ll be until Time Warner and Hearst eventually ink a deal to put WLKY back on the lineup.