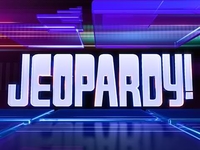 UTICA — Have you ever wondered what it takes to become a contestant on Jeopardy!? Mike Lonesky of Clinton knows a little bit about the process. He was selected for the long-running game show over the summer, and he’ll appear on TV tonight.

According to the Utica Observer-Dispatch, Lonesky, 34, was in Los Angeles back in July for the taping. A little more than two months later, he’ll finally get to see himself on television this evening. He says Jeopardy! doesn’t allow contestants to get a “sneak peek” of the finished product, so he’ll be seeing the episode for the first time tonight, along with viewers nationwide.

Although Lonesky isn’t allowed to reveal anything about his performance on tonight’s show, he shared some details about the contestant selection process. A few weeks after going through multiple levels of screening, Lonesky received an invitation to appear on the show. The only downside: contestants still have to pay their own way to Los Angeles, where the show is usually taped. But Lonesky pointed out to the newspaper, even the third-place contestant walks away with $1,000, so “it evens out anyway.”

Not surprisingly, he also says the studio is “a lot smaller than it looks on TV.”

Will Lonesky’s appearance last tonight only, or will he have the honor of Johnny Gilbert introducing him next week as a returning champion? Jeopardy! airs weeknights at 7:30pm on NBC affiliate WKTV-2 in Utica, and on Fox affiliate WSYT-68 in Syracuse.