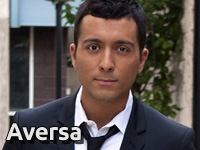 NEW YORK CITY — Syracuse University graduate and former Hot 107.9 on-air personality Ralphie Aversa is headed for the Big Apple.  Starting Monday, he’ll be the new night host on the legendary 95.5 WPLJ.  “The Ralphie Show” will continue to be heard on Cumulus-owned stations in other markets in three other states.

According to AllAccess.com, Aversa’s currently hosting his show from WBHT in Scranton/Wilkes-Barre, PA, where he’s been located since leaving Syracuse’s WWHT in 2007.  The national radio trade site says Aversa’s current show is also heard on Cumulus stations WPRO in Providence, RI and WQGN in New London, CT.  When Aversa makes the move to New York City, his night show will continue to be heard on all three stations in addition to New York’s WPLJ.

AllAccess quotes Jan Jeffries, Cumulus Senior Vice President of Programming, as saying, “in our continuation of promoting from within and recognizing great talent in Cumulus, we are extremely proud to have The Ralphie Show on in New York.”

Aversa held down the night shift at Hot 107.9 from 2004 to 2007, leaving the station not too long after his graduation from Syracuse University.  While in Syracuse, Aversa also served as a sports reporter for 88.3 WAER, and as the host of PBS affiliate WCNY-TV’s Double Down and Bandwidth, two programs that were geared towards high school students.  While attending SU, Aversa also logged some hours working for Entercom at Buffalo’s Kiss 98.5 (WKSE).

One CNYRadio.com reader who is friends with Aversa on Facebook says he made the announcement of his move to New York on the social media site earlier today.  He thanked family, friends and colleagues, saying, “your support has, does, and will always mean a lot. To anyone who has ever listened to my show: You have a million options these days for entertainment – thanks for choosing our radio stations. You’re the reason why we do this.”

The reader who posted this update was also a former co-worker of Aversa’s in Syracuse, and predicted the move to WPLJ could potentially be a step towards national syndication.  “He could rival Ryan Seacrest in a few years,” the source said.

Another reader who passed along the news works in a different market but had the chance to cross paths with Aversa several years ago: “I remember meeting him when he worked for Hot, when the Pussycat Dolls and Gwen Stefani came to Turning Stone.  He was a nice rookie back then. Good for an SU kid who worked hard.”

Thanks to the two CNYRadio.com readers who tipped us off (at almost the same time) about this story.  Anytime you’ve got news to share from your own local radio or TV station — or news about broadcasters who used to work in CNY — we’d love to hear from you at cnyradio@cnyradio.com or just click “Contact Us” next to our logo to send a message via our handy Contact Form.  If you wish to remain anonymous, just say the word… in fact, if you use the Contact Form, you don’t even need to provide your name or email address.

One Comment to Ex-Hot 107.9 Jock Gets New York City Gig