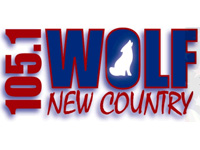 SYRACUSE — New Country WOLF 105.1 midday hostess and promotions director Courtney Taylor Smith won’t have to pay a dime to attend the 2013 Country Radio Seminar this coming February. She’s one of three nationwide winners of the Rusty Walker Scholarship, which covers her registration for the seminar, along with travel to and from Nashville.

Station Manager Sam Furco and Program Director Skip Clark proudly shared the news with CNYRadio.com shortly after CRS revealed its scholarship winners on Monday. The other two winners — who will also be attending CRS for the first time — come from stations in Michigan and Idaho.

The scholarship includes admission to all three days of CRS 2013, one ticket to the Country Radio Hall of Fame Dinner, round trip airfare, and lodging in Nashville during the seminar.

According to a press release from the Country Radio Seminar, the scholarship was created after Country Radio Hall of Famer Rusty Walker passed away in May.

“The Rusty Walker Scholarship program stands not only to honor the legacy of one of the country radio community’s most respected and influental members, but also to extend a helping hand to those coming up through the ranks,” said CRS Executive Director Bill Mayne in a statement. “What better way to pay tribute to Rusty, who helped so many people throughout his long and prolific career?”

Organizers say the Country Radio Seminar, scheduled for February 27 through March 1, 2013, aims to promote an exchange of ideas and business practices within country music, with an emphasis on country music’s relationship with country radio stations.

Smith, who uses her middle name on-air, has been with WOLF-FM as Promotions Director since last October, and added midday hosting duties earlier this year.