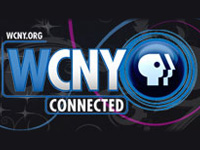 Updated 12/6 at 7:30am with management comment — SYRACUSE — When WCNY announced it had hired Jim Reith earlier this year, the public broadcaster laid out grand plans for the longtime local talk host: podcasts, a blog, social media, television and radio.  But tonight, there’s word that the public broadcasting outlet has released Reith from his duties.

First word of Reith’s dismissal comes from CBS5 (WTVH) anchor and managing editor Michael Benny, in a story posted on CNYCentral.com.  In the story, Benny attributes sources who say the announcement was made earlier today, “and the show was not produced for its usual broadcast slot.”

The change must have been rather sudden, as the main menu on WCNY’s website still lists “Reith” among the slate of television programs locally produced by WCNY, and the “Reith” webpage was still online as of 8:00 on Wednesday evening.  A special button in the website’s masthead points visitors to: “REITH: Watch & Listen.”  In fact, shortly after his initial report, Benny added more info via Twitter:

Sources indicate Jim Reith WCNY termination was very sudden – he shot a show at new DestinyUSA restaurant this week – it did not air.

Perhaps the only sign of something amiss on WCNY’s website, is the fact that Reith’s daily podcasts end with yesterday’s edition.  Although there’s a podcast listed for today, the inline player says “File Not Found” and the “download” link produces an unplayable, empty MP3 file.  Other clues include the fact that there are no posts today from Reith on either his Twitter or Facebook accounts.

When WCNY announced Reith’s hiring in April, he immediately started recording podcasts for the stations’ website, and he started hosting a 30-minute television show every weeknight starting in May.  The original announcement also promised a radio program on WCNY radio’s HD3 digital subchannel, but the station said that wouldn’t come until the fall — though an exact date was never given, and the radio show never materialized.

Added 12/6 — According to Charles Ellis with syracuse.com, WCNY President and CEO Robert J. Daino issued a news release late last night (we did not receive a copy), in which he stated hiring Reith “presented a unique opportunity, but in the end, we found it to be a greater challenge than we anticipated to move Jim’s brand from radio to television.”  The report says Daino attributed the decision to factors including viewer response and underwriter support.

Previously on CNYRadio.com and CNYTVNews.com

This would be the second time in just over a year that the veteran broadcaster has been shown the door.  Last October, Reith was the most prominent among a handful of Syracuse employees to be let go in a nationwide wave of layoffs issued by Clear Channel Media + Entertainment.  Reith had been working at WSYR radio for 27 years, hosting an afternoon drive talk show for the last eleven.  In his earlier years at WSYR, Reith worked in the station’s newsroom, including time as the station’s News Director.

And, as he did last year, web designer Benjamin Kay has relaunched a petition on jimreith.com, where listeners can “sign” and leave comments in hopes of getting Reith back on the air.