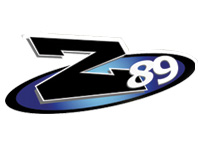 SYRACUSE — It’s a moment many broadcasting students at Syracuse University have been eagerly awaiting for nearly two years.  Plans to expand the facilities of Z89 (WJPZ-FM) and CitrusTV were first announced in early 2011.  And just a little over a week ago, Z89 flipped the switch to begin broadcasting from its brand new studio.

Many SU students likely missed out on the chance to hear the changeover on-air — not because it happened shortly before midnight, but more likely because it happened on December 20, a full week after final exams had concluded for the fall semester.  But, thanks to a video posted on YouTube, you can hear and watch as the new Z89 studio is brought online.

It was late February 2011, when The Daily Orange was first to report Syracuse University had approved the media outlets’ request for more floor space within Watson Hall.  To make way for the expansion, the University agreed to close down a grocery store that had occupied the space between Z89 and Citrus TV.  In their pitch, both organizations said student membership numbers were increasing, and it was becoming more difficult to provide adequate space for students and equipment.

Got Pictures?  Or Video?

Has it been awhile since anyone or anything from your station has appeared in our Picture of the Week spotlight?  Nearly all of the photos and videos you see here each week are sent in by readers just like you!  If it has anything to do with radio or TV in Central New York, past or present, we’d love to hear from you.  Photos or YouTube links can be emailed to cnyradio@cnyradio.com or, if you prefer, use our Contact Form, which also accepts image file attachments.  There’s a new Picture of the Week every Friday at 7:00am… your submission could be next!