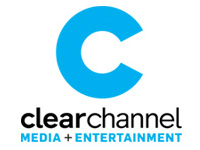 According to syracuse.com’s James T. Mulder, the radiothon aired primarily on News/Talk 106.9 and 570 WSYR, country B104.7 (WBBS) and adult contemporary Y94 (WYYY).  Portions of the radiothon also aired on rhythmic CHR Hot 107.9 (WWHT) and urban AC Power 620 (WHEN).  Mulder reports more than 475 people called-in pledges during the radiothon, which aired December 5-7.  That averages out to about $164 per caller.  It’s likely that many of those callers agreed to sign-up for recurring monthly donations, which would add up to more sizable sums by the end of the year.

As a member of the Children’s Miracle Network, the Upstate Golisano Children’s Hospital has pledged to treat any child with any affliction, regardless of the family’s ability to pay for the treatment.  Money raised during the radiothon will stay local and directly benefit patients who receive treatment at the Syracuse hospital.

Try as we might, it would be impossible for us to hear or see everything on every station.  We’re always grateful for the station officials and anonymous “insiders” who help us stay on top of the latest from radio and TV across Central New York.  The email address is cnyradio@cnyradio.com or use the Contact Form at www.cnyradio.com/contact.  We honor all requests for anonymity with the highest regard… but if you don’t even want us to know who you are, the form will allow you to write without sharing your name.