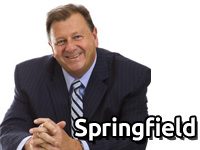 SYRACUSE — Former WSTM sportscaster Roger Springfield is accused of illegally videotaping more than 100 male student athletes in Syracuse University locker rooms, during his time as head of media for the school’s athletics department. That’s the word from authorities today, a little over a month since Springfield was fired from the post.

Onondaga County District Attorney Bill Fitzpatrick revealed the details of last month’s investigation in a press conference this morning. The investigation started in early December, after an unnamed employee found some “clearly inappropriate” footage and notified a supervisor.  The discovery was reported to Syracuse University’s public safety department, who then notified Syracuse Police and the District Attorney. According to syracuse.com, a search warrant was issued for Springfield’s home, his office, and the media room at Manley Field House.

Authorities executed those warrants on December 12. Syracuse University suspended Springfield that day, and fired him the next day. When the investigation first became public, neighbors reported seeing several marked and unmarked police cars outside of Springfield’s home in Manlius. At the time, Fitzpatrick said it would be a few weeks before he could share details about the investigation.

Today, Fitzpatrick said Springfield — whose legal name is Roger Cahak — was arraigned in Onondaga County Court this morning on four counts of unlawful surveillance. The DA said a total of 14 videos were found, but only four videos were pertinent to the charges brought against Springfield.  The suspect entered a not guilty plea and was on his own recognizance. He’s due back in court on January 22 for a pretrial hearing.

The other recordings “appear to be filmed out of state or outside the statute of limitations,” according to a CNYCentral.com report. The DA estimated the videos date back as far as 2002, but the oldest video among the four covered by the indictment was recorded in 2010.

CNYCentral also says Fitzpatrick told media that the videos were recorded at waist level, and in at least one video, Springfield could be seen setting-up the camera, and covering the red recording light so players wouldn’t realize tape was rolling.

NewsChannel 9 (WSYR-TV) says the four videos in the indictment included recordings of the SU men’s lacrosse, soccer and football teams. Investigators say they have identified a total of 108 victims in the videos, and most of them have been notified.

Regarding the videos recorded out-of-state, WSYR-TV says Fitzpatrick identified recording locations in Florida, Ohio and Massachusetts. Syracuse.com reported Fitzpatrick has already contacted authorities in Florida, and he plans to contact authorities in states where the other videos were recorded. Fitzpatrick will also be sharing his findings with federal authorities, in case Springfield violated any federal laws.

Syracuse.com reports Fitzpatrick said there’s no evidence Springfield had shared the videos or still images with anyone else, nor is there any indication of inappropriate contact between Springfield and any of the athletes.

In mid-December, when Athletics Department staff discovered a potentially inappropriate video on a department computer, the University immediately referred this matter to the Syracuse Police Department and Onondaga County District Attorney’s office. Following that referral to law enforcement, Roger Springfield’s employment with the University was terminated.

Throughout this time, we have worked cooperatively with both law enforcement agencies as they have investigated and prosecuted this case. The recorded video, taken in a male locker room setting, has been secured by law enforcement and at this point they have indicated there is no evidence that it was shared with anyone or distributed.

Our priority has been, and will continue to be, the well-being of our student-athletes. We are in direct contact with all of these specific current and former student-athletes, and the University is reaching out to offer them full access to appropriate support and assistance during this time. We are also appreciative of the hard work and professionalism of the Syracuse Police Department and the Onondaga County District Attorney’s Office in this case.

In an earlier syracuse.com report today, Fitzpatrick said Springfield was cooperative in leading authorities to the locations of some of the videos. The report also says Springfield’s defense attorney, James McGraw, said he doesn’t believe the prosecution will succeed in arguing players had a “reasonable expectation of privacy” inside the locker room right after their games.

According to his LinkedIn profile, Springfield had worked for SU since July 2003.  Before that, he worked at WSTM-TV as sports director for eleven years.

Video: Roger Springfield on WSTM in 1987