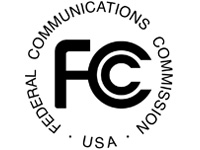 ST. JOHNSVILLE — Back in 2012, it seemed as if 1120 WKAJ would be the radio station that disappeared before it got started.  The FCC cancelled the construction permit and deleted WKAJ from its call sign database after owner Cranesville Block Company missed a key deadline, that had already been extended by two months.  But tonight, there’s new hope for the station, as the FCC considers new “information not previously before us.”

The ruling starts out by reviewing the fact that Cranesville not only missed a deadline to request an extension of the original construction permit deadline, but that Cranesville continued to work on the site beyond the deadline without FCC permission.  Although Cranesville sought another extension, the FCC said the request was automatically denied because it was made more than 30 days after the CP had expired.  At that point, it seemed there was no further discussion on the matter.

However, the FCC says, “based on the newly-provided information … we find that loss of the permit would be an unduly harsh outcome.”  Although WKAJ’s original CP deadline had already been extended by two months due to “a series of natural disasters (flooding, hurricanes, and a tornado) that limited access to the transmitter site,” and Cranesville had failed to request further extensions in accordance with policies, the FCC wrote:

[Cranesville’s] current waiver request provides, for the first time, a reason for the late-filing of its request for additional time to complete construction.

Specifically, [Cranesville Block Company] CBC states that during the flooding and storms, the area’s roads were washed away. For example, it states that the main road to St. Johnsville was closed for weeks in December 2011. Additionally, CBC says that its headquarters was damaged. Because CBC’s main business is the production of stone, concrete, and asphalt, and those materials were needed to rebuild the region’s roads after the storm, CBC argues that it was required to devote much of its efforts to providing these resources and to rebuilding its own plants. CBC did not provide this explanation earlier, and we are generally reluctant to accept belated explanations so as to discourage post hoc temporizing.

In this case, however, we take notice that CBC’s belated explanation is consistent with public statements it made contemporaneously.

Regarding those public statements, the FCC cited a February 2012 article in the Gloversville Leader Herald, in which Cranesville’s Joseph Tesiero was quoted as explaining WKAJ hadn’t signed-on because “we got distracted with everything going on including the floods.”

In consideration of the facts that “CBC’s headquarters and transmitter site are each located within two federal disaster areas,” and that Cranesville demonstrated “the impact of the storm continued to affect the area well after the storm’s passing,” the FCC said the conditions satisfy its two-pronged “special circumstances” test in allowing Cranesville to request the waiver, well after the deadline.

With that out of the way, the FCC said it next considered the merit of the waiver request itself.  Originally, Cranesville told the FCC construction could not be completed because “its contractor improperly abandoned the job at the last minute and that the replacement contractor was not willing to begin work until after Christmas.”

While that’s normally not a valid excuse, the Commission said it reconsidered its original rejection of this argument because:

CBC now connects the contractor problems to the natural disasters. It states that the original contractor “indicated that the station could not be safely constructed because of the wet soil and other storm-related conditions at the site, the absence of a crane due to the storm-related shortage of such equipment, and the condition of the roads adjacent to the site . . . . Thus, the contractor’s failure to finish construction was not an independent factor, but rather reflected the ongoing impact of the weather events. The contractor would have finished but for the weather conditions.”

The Commission said, had Cranesville provided this explanation in the first place, it probably would have granted the necessary deadline extensions way back when.  The Commission also made it clear that this ruling “does not reflect a change” in FCC policy.  It emphasized the fact that special consideration was given based on five factors unique to WKAJ’s situation:

Although the FCC says that the ruling allows Cranesville to move forward in its efforts to seek full license status for WKAJ, the Commission also said it officially admonishes Cranesville for continuing to build out the WKAJ transmitter site after the construction permit had expired.  It also admonished Cranesville for “disregarding Commission requirements for seeking additional construction time and for failure to provide complete information initially.”

The FCC says Cranesville’s application for a “license to cover,” the final step in getting a new radio station fully-licensed for broadcast, will “remain in pending status for separate consideration at a later date.”

Although WKAJ is technically located outside of the Utica-Rome market, and thus, the boundaries of the CNYRadio.com coverage area, we initially started following the story when longtime Utica-Rome radio personality Hank Brown announced he’d be hosting mornings on the station when it signed-on.  Since then, Brown has signed on with Good Guys Broadcasting’s 95.5 WUSP, where he hosts weekdays 9am to noon.