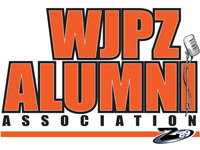 SYRACUSE — ABC News Radio correspondent Steven Portnoy will be the keynote speaker at the WJPZ Alumni Association’s 28th annual birthday banquet this March.  The festivities will be emceed by the Class of 2007’s Ralphie Aversa, who is now the night jock at New York’s WPLJ-FM.  The banquet is part of a full weekend of events, including the official opening of Z89’s new studios, and this year’s WJPZ Hall of Fame induction ceremony.

The birthday banquet will be held on March 2 at the Syracuse University Sheraton.  Alumni can RSVP for the event online at www.wjpzalumni.org.

“Through this annual event, our Alumni Association maintains its commitment to helping WJPZ continue its legacy as the #1 media classroom in America,” said T.J. Basalla (‘06), President of the WJPZ Alumni Association, in a press release.  “By brining together our alumni – top leaders in all facets of the communications business – on campus this and every year, we continue a tradition like no other in college broadcasting.”

Portnoy, a member of the class of 2003, already had an impressive resume going before he left Syracuse.  In addition to Z89, Portnoy worked as a reporter for WSYR radio, and as a producer for WSTM-TV and the former WIXT (now WSYR-TV).  He joined ABC News in 2006, and is based in the Washington, DC bureau.  Over the past several years, he has won numerous awards for his reporting.

Three to be inducted to WJPZ Hall of Fame

The fifth class of the WJPZ Hall of Fame includes three inductees:

Although Z89’s new studios launched over the winter break (as seen in a “Video of the Week” here in late December), it was a somewhat quiet launch.  That’s because organizers are saving the “official” opening — of what they’re calling the Envision Radio Networks Broadcast Center — for the banquet weekend.   Envision’s President and CEO is Danno Wolkoff, a member of the class of 1986 who was inducted to the WJPZ Hall of Fame in 2009.

Organizers say nearly 100 alumni and current students are expected to attend the banquet.  Although Z89 is located on the Syracuse University campus, the non-commercial CHR-formatted station is staffed and owned entirely by students, who hold the broadcast license as WJPZ Radio, Inc.  The WJPZ Alumni Association serves to unite alumni of the station in providing support and networking opportunities for alumni and students.