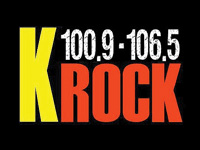 SYRACUSE — Rock fans, get ready to head north.  K-Rock’s Dysfunctional Family BBQ moves to the Oswego Speedway for its 7th year.  In addition to that new location, the trio of modern rock stations covering the Syracuse and Utica-Rome markets announced a lineup of six bands for the May 18 concert.  Tickets go on-sale this Saturday.

In a press release issued shortly after the on-air announcement, K-Rock brand manager Hunter Scott called this year’s slate, “the best lineup in Dysfunctional Family BBQ history.” Scott, who also co-hosts “The Show” weekday mornings, added, “Volbeat and 10 Years create an amazing lineup and I’m excited to kick off the concert season with such respected artists.”

Tickets go on-sale this Saturday.  As has been the case in previous years, a limited number of “early bird tickets” offer the best deal.  At $10 a piece, those tickets will be $4 lower than early bird tickets for last year’s DFBBQ.  Once the early-bird tickets are gone, the price doubles to $20 for regular pre-sale tickets, the same price as last year.

Something else that’s new this year: Scott says, “K-Rock also salutes our military with $5 off regular pre-sale tickets with your ID. Thanks to the men and women in our military.”

The press release didn’t mention where to get tickets, but there’s a full list of ticket locations on the K-Rock website.  According to that list, early-bird tickets and military discount tickets will only be offered at select locations, so if you’re looking for either, check the list before you go.

The Dysfunctional Family BBQ takes place on Saturday, May 18.  Gates open at 11:00am and the music begins at noon.  K-Rock consists of 100.9 WKRL North Syracuse and 106.5 WKRH Minetto covering the Syracuse market, and 94.9 WKLL Frankfort covering the Utica-Rome market.

← Where are they now: Randy Gorbman moves up Rochester dial
Lorraine Rapp and Linda Lowen reunite to talk health on WRVO →