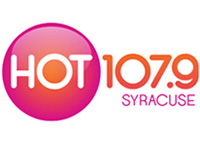 SYRACUSE — Multiple CNYRadio.com readers say they’ve had trouble listening to Hot 107.9 (WWHT) over the past few days. It appears that Clear Channel has temporarily reduced the power at the transmitter in order to perform some engineering work.

We first heard from a reader in Oswego who said there have been days where he can’t pick up the CHR station at all, although the signal is usually crystal clear in the port city.  On days when our reader said he did hear the station this week, it’s been obscured by static.  Oswego, roughly 35 miles northwest of Syracuse is the largest city in Oswego County, the second most-populous county of the Syracuse radio market.

Another reader said you don’t even have to go as far as Oswego to experience problems; on Twitter, @MattCC716 said, “it’s been crappy around Cuse suburbs lately too.”

Here in Syracuse, the signal has sounded normal, leading us to the assumption that the signal is running at reduced power.  CNYRadio.com contacted Clear Channel Operations Manager Rich Lauber for confirmation on that theory earlier this week.  He did not respond.

Our Oswego reader says he sent an email to Hot 107.9 afternoon host and program director “AJ,” who also handles programming for sister station Kiss 106.7 in Rochester. AJ wrote to our reader, “The technical guys are working on some amazing upgrades to the signal. Stand by!”

WWHT is licensed by the FCC to broadcast at 50,000 watts, from an antenna located 152 meters above average terrain, from a tower along Sentinel Heights Road, just a few miles south of Syracuse. There are no applications on file with the FCC to seek permission to change those parameters.

There are any number of other reasons it may have been necessary to reduce transmitter power, but without a more-detailed explanation from anyone at Clear Channel, it looks like listeners outside of the reduced radius of Hot 107.9 will just have to keep waiting for the power levels to return, or scan the dial for alternatives.

Our thanks to the CNYRadio.com readers who sent the messages that helped us get this story going. Anytime you’ve got news to share from inside your local station — or even if you don’t work in broadcasting, but you observed something “notable” that we haven’t covered here yet — we’re always appreciative for your news tips at cnyradio@cnyradio.com.