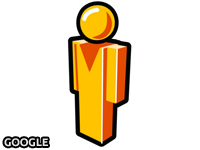 SYRACUSE — Every week, we wrap up “Picture of the Week” by reminding broadcasters that “we’re always in taking a look at what’s going on inside local radio and TV stations.”  Now, Google Maps is literally giving everyone a virtual tour of some local stations, as part of a new extension to its popular “Street View” feature.

Although the “Street View” feature itself is nothing new, Google recently took things to the next level by taking its cameras inside of various businesses.  According to NewsChannel 9 (WSYR-TV), a camera crew from Google was in town last week, visiting a number of locations.  Businesses pay for the service, and so far, Syracuse’s DestinyUSA mall is the largest building to be included in the program yet.  A Google rep told WSYR-TV it took three photographers, working two 10-hour days, to photograph every public area of the mall.

While the crew was in town, they took a few photos inside of the NewsChannel 9 newsroom:

Although a video clip of a news story shows the Google camera crew starting outside and walking through the newsroom, control room and studio, it appears that only a part of the newsroom is online so far.

While you’re waiting for Google to get the rest of the photos from 5904 Bridge Street in East Syracuse posted, hop over to 235 Walton Street in Syracuse for a more-detailed look inside of Galaxy Communications. Below, you start at the reception area, and you can “walk” through the hallways to visit the studios of TK99 (WTKW), K-Rock (WKRL) and Sunny 102 (WZUN).

And longtime CNYRadio.com readers might remember — if you walk out of Galaxy’s front door out onto Walton Street, and turn around to look back at the building, you’ll see Sunny 102 morning host “Big Mike” Fiss waving. Fiss happened to spot the Google Maps Street View car cruising down the street nearly two years ago — and he was able to run outside in time to wave at the car’s cameras. Although we saved a screen shot for a Picture of the Week in 2011, the image is still “live” on Google Maps.

We checked to see if the Google Maps camera crew had been to any other Syracuse-area stations, but we couldn’t find any more shots like these. (If you know otherwise, let us know and we’ll add them.)  To try to find other local businesses who invited Google Maps to take an inside look, just go to maps.google.com, find a neighborhood you want to check, and drag the orange “Pegman” over the map.  “Street view” streets will show with blue lines, and orange dots will show you which businesses have interior views.  Then, just “drop” Pegman on the location you want to see.

Got Pictures?  Hold onto them for now…

While we continue to take an interest in your photos of recent happenings (or notable blasts from the past) connected to local broadcasting, your editor has decided to take a bit of a “summer vacation” from Picture of the Week.  So hold onto those photos for now, and we’ll get this every-Friday going again in the fall.