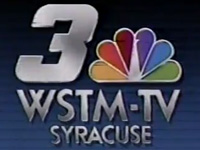 SYRACUSE — Condolences to family, friends and former colleagues of longtime WSTM-TV employee Joseph Turrisi, who died this past weekend at the age of 81.  The lifelong Syracuse resident enjoyed a 46-year career at channel 3, where he held the position of production manager upon his retirement.

Although Turrisi made on-air appearances as Syracuse sports prognosticator “Harry the Hack,” he spent the majority of his time behind the scenes.  According to his obituary, Turrisi helped create a number of local programs including the Monster Movie Matinee and Bowling for Dollars.