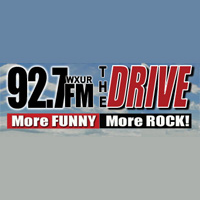 UTICA/ROME — Classic rocker 92.7 The Drive (WXUR) is getting ready to move on up… to new studios and offices currently under construction upstairs from the Arjuna Broadcasting station’s current facilities.  That and more from the station tonight, as we catch up on items missed during your editor’s summer hiatus.

Program Director Tom Starr tells CNYRadio.com the new digs will be on the top floor of the Jim Brock Building at 1900 Genesee Street in South Utica.

Illustrating how eager staff is for the move — Starr says there have been dozens of excellent requests for “Genesee Joe’s HOWL-oween Special” tomorrow afternoon, but “none quite as scary as the shag rugs the station will be leaving behind” when it vacates its current space.

That special, by the way, will run throughout Genesee Joe’s entire 3-7pm shift tomorrow.  Listeners were asked to submit their suggestion for their “favorite creepy song of all time” through the station’s website.

In other news, September 27 (9/27… get it?) was proclaimed 92.7 The DRIVE day in the City of Utica, in recognition of the station’s commitment to community organizations and causes.  The locally-owned station had a packed house for a listener appreciation party at the Radisson Hotel that evening.

Starr tells CNYRadio.com, “2013 turned into an amazing year for this station.  Thanks to the dedication of the good bunch of people I work with, the tremendously positive response to the station by listeners and the results we are delivering for sponsors, we’d planned on an end of the year party. That got moved-up when we learned the Mayor wanted to dedicate a day to us.”