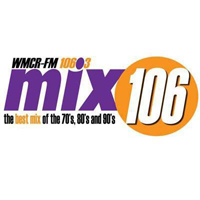 Updated 11/4 — ONEIDA — From the “while we were on hiatus” backlog, longtime WMCR operations manager Joel Meltzer has exited the station–and the state.  After 25 years with the station, Meltzer has reportedly decided to pursue other interests in Florida.  His duties have since been assumed by someone familiar to longtime Syracuse-area radio listeners.

The Oneida Daily Dispatch reported earlier this month, the new ops manager at Mix 106 is Tom Soccocio Jr., better known to listeners by his on-air name, Tom Sawyer.   Reporter Nick Will wrote, “Sawyer has been working in radio since the 1980s, hopping from Big Frog’s rock and news programs including WHEN in Syracuse, Y94 FM, Rock 107, and B104.7. ”  (Editor’s note: Big Frog 104 in Utica plays country.)  He also has worked in radio sales.

Although the Mix 106 website still lists Meltzer as operations manager, Soccocio told the newspaper he’s hosting the “Open Line” talk program weekdays from noon to 12:30pm, along with a 4-10pm airshift.  Soccocio also hosts (though we presume voicetracked) Saturdays from 2-10pm and Sundays from 6am to 2pm.

Added 11/4:  Soccocio also tells CNYRadio.com he wants colleagues to know his own production company, Massive Audio Productions, is still very much alive and well.  Soccocio says Massive Audio “has been my primary focus for years and still remains a professional focus of mine in conjunction with” his work at WMCR.