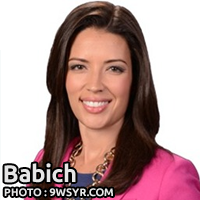 SYRACUSE — After Tanja Babich leaves NewsChannel 9 (WSYR-TV) in less than two weeks, she’ll be headed west to Chicago.  It was revealed today that she’ll be working for ABC’s owned-and-operated affiliate in the Windy City.

Earlier this week, CNYTVNews.com was first to confirm and report that Babich and her “Morning News” colleague meteorologist Chris Brandolino are both leaving the station.  Today, Mediabistro’s TVSpy is first to report the details of Babich’s new gig — she’ll be joining WLS (channel 7) as a general assignment reporter and fill-in anchor.

Babich won’t necessarily have to rush to make the move — according to the Chicago Business Journal, the new job begins in January.

When WSYR-TV news director Robert Cartwright confirmed Babich’s departure plans for CNYTVNews.com, he could only confirm that her last day will be November 27, which also happens to be the last day of the November sweeps period.  At the time, Cartwright said Babich’s future plans had not yet been revealed. 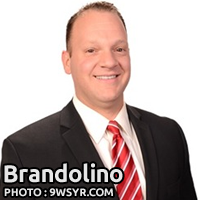 Cartwright also confirmed that Brandolino’s last day at WSYR-TV will be December 31.  He has accepted a position as a staff meteorologist with the National Institute of Water and Atmospheric Research in Auckland, New Zealand.

Before joining WSYR-TV in 2010, Brandolino spent two years with the Australia Bureau of Meteorology, following an 11-year run at Syracuse NBC affiliate WSTM.

Cartwright says replacements for Babich and Brandolino have not been named, but when those decisions are made, he has promised to update us, and as soon as we get the info, we’ll update you.

We wish Tanja and Chris all the best in the next chapters of their respective careers.