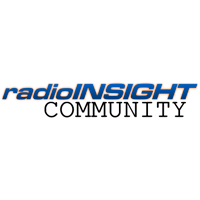 THE INTERNET — Before there was CNYRadio.com — and even after the original CNYRadio.com launched without any commenting features — it was up to the general radio community to share the latest news and gossip on various message boards.  Earlier this month, one of the longest-running message boards to cover local radio suddenly disappeared… but a couple of our colleages in the “news about radio” arena have teamed up to fill that void.

Going back to the web’s earlier days — pre-dating both CNYRadio.com’s launch in 2001, and that of the syracuse.com radio/TV forum in 2002, there was a website called CNYMedia.com.  Although the site never really got into day-to-day news coverage, it had a rather popular message board.

Enter Radio-Info.com, founded in 1999 by radio enthusiasts Lance Venta, Tanim Hussain and Doug Fleming.  The trio was looking to merge all sorts of regional radio message boards into one national site — and somewhere along the way, CNYmedia.com’s message boards merged into the Radio-Info system.

The boards hummed along nicely until 2006, when Fleming’s untimely death at the age of 28 sparked a series of changes.  Fleming’s parents took ownership of the site, firing Venta and Hussain.  After initially increasing the site’s prominence by adding national news coverage of all things radio, the Flemings decided to sell-off the Radio-Info name and the “news side” of the site in 2012.  The message boards were rebranded as RadioDiscussions.com, and earlier this year, the Flemings sold the boards to the parent company of Radio Ink magazine.  During these last two iterations, many users grumbled about a variety of factors — posts disappearing, slow servers, and a rather ugly redesign that came with the latest ownership change.  One week ago, the homepage at RadioDiscussions was replaced with a very short, simple message announcing the boards are closed.  No reason is given there, but Chicagoland Radio and Media reports Radio Ink management cited a lack of advertiser interest.

After being removed from Radio-Info, Lance Venta decided to launch his own national radio news website, RadioInsight.com.  Among his specialties, he and his “Net Gnomes” have been known to blow the lid off of many a radio station format flip, often several days or weeks before the stations made any official announcement, simply by keeping a close eye on new internet domain name registrations for hints like frequency numbers, cities, call letters, and the like.

Venta, along with Scott Fybush, the longtime editor of the weekly NorthEast Radio Watch column, have teamed up to launch the RadioInsight Community, a group of message boards aimed at filling the void left by the sudden closure of RadioDiscussions.  The two actually started building the effort earlier this year, and according to a press release, users are “flocking to RadioInsight” in higher numbers since RadioDiscussions closed down.

“I want to allow those that love and care for radio in any form to share thoughts and ideas leading to the betterment of the medium,” Venta said.

“I’m delighted to have a new place to keep talking about radio,” said Fybush. “The radio community is a small one, and it’s valuable to have a friendly place where current and former broadcasters and listeners can all interact.”

Just like the once-popular and now-defunct sites, the new RadioInsight Community offers different boards for national-level discussions, as well as state-wide and regional discussions, though the geographical boundaries may differ somewhat:

Registration for the RadioInsight Community boards is free.  So far, there hasn’t been much activity on the CNY board, but your editor is already there, and we look forward to seeing some familiar screen names make the transition.  (Here at CNYRadio.com and CNYTVNews.com, we have neither the time nor the interest in developing and managing a message board in addition to what we already do here, so we gladly endorse RadioInsight Community’s efforts to provide an open forum for discussion of all things broadcasting.)