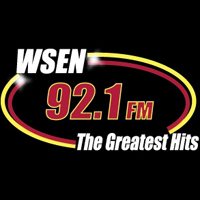 SYRACUSE — Longtime midday host Diane Wade is back in her old shift at Classic Hits 92.1 WSEN-FM. No word on the whereabouts of Bob Brown, who previously held the shift.

Thanks to a few CNYRadio.com listeners who wrote in over Christmas week to report hearing liners recorded by Wade, announcing her return. She’s listed on the station website as of today.

Wade was let go from WSEN-FM in March 2009, after more than 15 years with the station. At the time, management with then-owner Buckley Broadcasting said it was “a matter of economics.”

Bob Brown was assigned to mornings for Oldies 1050 (WSEN) in 2008 but was reduced to part-time / fill-in status in February 2009 when Buckley decided to cut costs by having a Connecticut-based talent host mornings remotely.

In hindsight, it appears Buckley may have been looking to reduce expenses to make the books look better, as station owners often do when seeking potential buyers.  After Wade and Brown were cut, Buckley sold its Syracuse cluster to Leatherstocking Media Group later in 2009. Brown was eventually assigned to WSEN-FM middays in 2010.