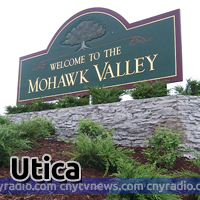 UTICA-ROME — Last month’s unexpected removal of longtime Big Frog 104 (WFRG) morning host Matt Herkimer has had a ripple effect throughout the market. It looks like the dust is finally settling, after a round of “musical chairs” between WFRG and sister Oldiez 96.1 (WODZ).

Here’s where it looks like the chips are falling:

And from the “better late than never” file, we’ve been meaning to mention the arrival of Big Joe Henry on WODZ middays; a Google search shows he’s apparently voicetracking from New Jersey, where he works for two other Townsquare stations. His arrival in late 2013 replaces the locally-voicetracked Chip Douglas, a part-timer who continues to hold down on-air shifts elsewhere in the cluster (under a different name).

Our thanks to various CNYRadio.com readers who wrote in to point out the changes.