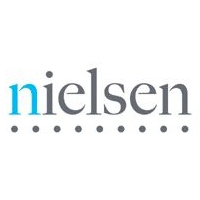 UTICA-ROME — There’s no question Central New Yorkers love their country music.  Two days after Nielsen Audio revealed B104.7 (WBBS) was tops in the ratings in Syracuse, the company says Big Frog 104 (WFRG) has the largest audience among all the radio stations in the Utica-Rome market.

Nielsen Audio estimates the 100,000-watt Townsquare Media station captured a 14.5 share, averaged among all persons age 12+, Monday-Sunday, 6am to midnight.  Although that’s down from the 15.7 share the station had for the Spring 2013 book, it’s still better than the previous fall’s 12.3 share.

Click here to see the full chart of Nielsen Audio’s subscriber-only estimates for the Utica-Rome market.

Next on Nielsen’s list is sister station Lite 98.7 (WLZW), with an 11.1, virtually flat from the previous few books, the only other station aside from WFRG to post double-digit numbers.

From there, it’s not even close: quite a far drop down to the next station on the list, Townsquare News/Talker 950 WIBX, posting a 5.7 share — tied with last fall, and an improvement from the 4.4 WIBX earned in the Spring 2013 survey.

After that, the two-station simulcast of CHR-formatted Kiss-FM (WSKS/WSKU) posts a 5.1, a loss of more than two whole points from the Spring book’s 7.5, and nearly two points off, year-to-year, compared to the Roser Communications Network’s station’s 7.0 last fall.  Also taking a hit this book: Townsquare’s Oldiez 96.1 (WODZ), going 8.4 – 7.7 – 6.9 – 4.8 over the course of the last four books.

It was also the lowest book of the past four for Roser’s Bug Country (WBUG/WBGK), posting a 2.1 share — though we’ll be curious to see how the station fares next time around with the addition of Matt Herkimer, who was dropped by WFRG near the end of the fall book.

The usual disclaimer for radio ratings: Nielsen Audio only allows the media and the general public to see the “top line” (Persons 12+, Monday-Sunday, 6am-Midnight) ratings for stations which actively subscribe to Nielsen’s services. Non-subscriber stations are still rated, but omitted from the “public” release of the numbers. Accordingly, it’s impossible to provide “rankings,” as we do not know where the non-subscribers fall among the subscribers.  Among the notable non-subscribers are Galaxy Communications, whose holdings include K-Rock, 96.9 WOUR, Mix 102.5 (WUMX) and ESPN Radio (WTLB).

Also omitted are out-of-market stations — even though stations owned by Clear Channel and Cumulus Media subscribe to the Nielsen’s Syracuse ratings reports, they do not subscribe to the Utica-Rome book.  In previous years, when Arbitron used to show top-line numbers for all stations, it was apparent that signals from Syracuse (and sometimes, Albany) capture some share from Utica-Rome listeners.

The Utica-Rome market is surveyed twice a year, during the spring and fall.  The market’s next ratings period runs March 27 through June 18.