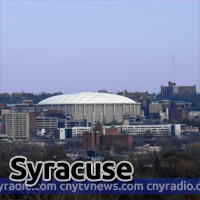 CLEVELAND, OH — Former WSTM-TV general manager Bill Applegate, now serving in the same post at Cleveland CBS affiliate WOIO, is among the defendants in a lawsuit brought by one of the station’s sales staffers. The plaintiff alleges that he was encouraged to provide sexual favors to encourage clients to spend money with the station.

WOIO is owned by Raycom Media, the company that owned Syracuse’s channel 3 when Applegate was the GM at that station in the late 1990s. Applegate transferred to another Raycom station before the company sold channel 3 to Barrington Broadcasting.

Applegate, referred to the allegations from Kevin Flanigan II as, “offensive and erroneous.” He added that “we certainly do intend to defend ourselves vigorously.” In addition to Applegate, the suit names Raycom Media, WOIO, and sales manager Debra Pando as defendants.

You can read more about the suit from the Cleveland Plain Dealer.