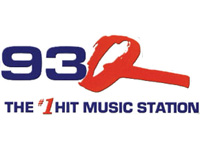 SYRACUSE — After many years with Clear Channel rhythmic CHR Hot 107.9 (WWHT), Marty “the One Man Party” has a new radio home.  This past weekend, he made his debut on crosstown competitor 93Q (WNTQ).  His addition to the weekend/fill-in roster comes on top of working in the sales department for the Cumulus Media.

Cumulus Ops Manager Tom Mitchell confirms for CNYRadio.com that Marty’s first shifts on 93Q took place this past weekend, and he “will be heard on various weekend and fill-in shifts” on the station.  A source at Marty’s old station, who requested anonymity, tells CNYRadio.com Marty left “a couple of months ago” for the sales position.

Marty had been with WWHT for as long as we can remember (perhaps one of the original jocks when Hot launched in 1996?), hosting morning drive at two different times during his run with the station: once as co-host of the “Marty and Paige” show and again most-recently as “Marty and Shannon.” 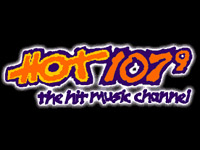 The latter run ended in 2010, when Clear Channel installed the syndicated “Elvis Duran and the Morning Show” on a number of stations across upstate New York.  Shannon has since moved to sister station Y94FM (WYYY), where she is part of the morning show and then hosts solo later in the day.  Marty had remained on Hot 107.9, as the “local co-host” for the nationally-syndicated “On Air with Ryan Seacrest” during the midday shift, in addition to holding his own weekend shift.

On a side note, our source at Clear Channel also mentions the return of a familiar voice — Kane, who worked for Hot 107.9 in the late 90s, is back on the lineup by way of his syndicated “Club Kane” show on Sunday nights.

Our thanks to a CNYRadio.com reader who caught one of Marty’s shifts over the weekend and contacted us, so we could get the ball rolling on verifying the tip.  Whether you’re a station official with news to share, or an observer who notices something new, we’re always grateful for news tips emailed to cnyradio@cnyradio.com or sent via the Contact Form.